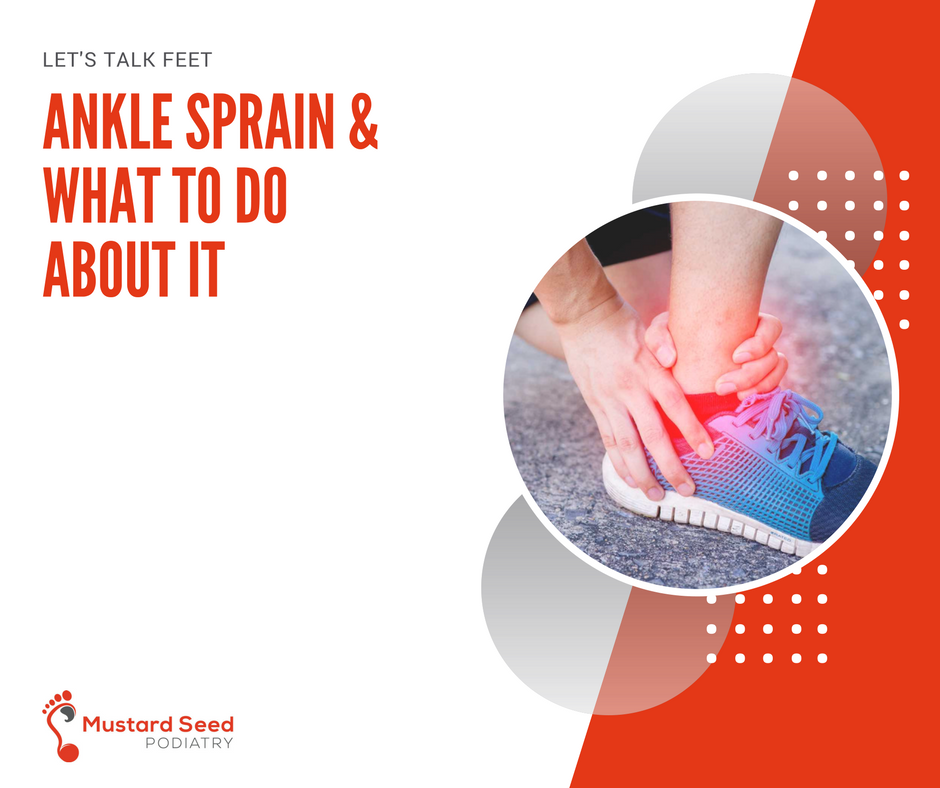 Recently, a good friend of ours was out jogging on a Sunday morning, enjoying the sun and fresh air. He saw two gardeners on the side of the road and they caught his attention. He was curious what they were doing, so he kept looking, looking, and looking as he continued to jog. Without looking at the road, his right foot got caught in between the uneven pavement while his body kept moving forward due to momentum. Followed by that was a fall and a feeling that his ankle was snapped. To make things worse, he was due to fly out the next day to a long-anticipated holiday!

What is the most common form of ankle sprain?

The lateral/inversion ankle sprain is by far the most common. It happens when the ankle is rolled out extensively.

What are the symptoms?

Symptoms usually include swelling, pain, bruising and difficulty putting weigh on the foot. The inability to weigh-bear could also be a sign of fracture. If that’s the case, we recommend you going to the hospital and get an x-ray done.

What happens when you sprain the ankle?

When the ankle rolls out, the structures on the outside of the leg and ankle are affected. The three most commonly affected ligaments are:

What should you do if you sustain an ankle sprain?

First, rule out any possible fractures. As mentioned earlier, the inability to bear weigh could be indicative of a possible fracture. Having said that, you will have a certain degree of difficulty to stand and walk on it due to the pain. If the swelling is extensive, we think it warrants a trip to the hospital.

Once fractures are ruled out, some ice and elevation will help with the swelling temporarily. We also recommend stabilising the ankle with either taping or ankle strap if you already own one. Stabilisation prevents further damage to the strained tissues and reduces pain.

Gentle ankle movement and weigh-bearing are also crucial to avoid stiffening of the soft tissues. Do this if the pain is tolerable. Drawing circles with your ankle is an effective way to make sure the ankle doesn’t stiffen up too much.

Ankle sprains affect many of us, some worse than the others. The key to treating ankle sprain is to seek treatment early. The longer the ankle is left to be as it is, the longer it takes to recover. We hope this gives you a little more insight into ankle sprain management. If you have any questions, let us know!

Ingrown Toenail – 3 Tips for Avoiding Getting One

Our Guide on Choosing the Best Foot Cream

Plantar Fasciitis: What is it & Effective Treatment For it